Most households at least have one drawer or cabinet filled with towels of all types: hand, face, and of course, the ones we use for bath time. But despite a handful of these towels, many have not yet heard about Turkish towels, nor care to invest in one.

Is it necessary to have them? No. But would it be worth investing in one? Definitely!

Turkish towels are perfect for home use, or when you’re traveling. It’s practically an all-in-one item that’s great for the usual bath time, or as a beach towel or a picnic cloth. It’s everything you will need it to be whatever your trips might throw out you

What exactly is special about these Turkish towels is that they deserve a space among your many other belongings?

What is a Turkish towel?

A Turkish towel is sometimes known as a Fouta towel or a hammam towel. It is made from Turkish cotton, thus the name. This specific type of fiber is best known for being long, which makes the towel itself extremely durable. (Source: CNN)

Besides being made from Turkish cotton, Turkish towels most likely got their name from their history of being used in Turkish baths.

When it comes to its appearance, Turkish towels tend to be flatter and thinner than most towels, especially the fluffy ones we use to have at home. This alone makes it a perfect choice for travelers, as they can get more space in their bags without bulkier towels taking up most of it. And since it’s thinner, you may even use it as a shawl or a little blanket if you find yourself a little chilly while you’re traveling or on the front porch of your home.

For the design, there are now multiple choices all over the internet and real-world stores. You can most likely get a Turkish towel that fits your home’s aesthetics if you want to flaunt it in your bathroom or something that expresses your personality better. No matter what design you need, you can most likely find and buy it.

However, one common denominator among all these designs is the fringe. They are also bigger than most, usually with a dimension of 80 by 40 inches. (Source: Anatolico)

Where did Turkish towels come from?

As mentioned, Turkish towels are traditionally used in hammams or Turkish baths. However, you might still find them in these places today.

They are often worn in these public Turkish baths for centuries, but people have re-discovered them and found new ways of using them, including as shawls, scarves, or for a pilates or yoga session.

Why is a Turkish towel a better alternative?

The durability itself is already a selling point. But there’s something more that makes the Turkish towel a better alternative than common bath towels.

Turkish towels are also known for being absorbent and fast-drying. You can use it at the beach to dry yourself off, and by the time you’re ready to go home or back to your Airbnb, it’s already dried off. Not much can be said with common towels.

So, combining its durability, its flexibility, and its absorbency, and fast-drying capabilities, Turkish towels are definitely a better choice.

If there’s one issue with a Turkish towel, it’s not as soft as the common ones, especially when you first use it.

If you’re bothered by that, Turkish towels tend to become softer the more you use and wash them. So, if you don’t want a frigid and rough towel, you can try soaking it in cold water for a few hours or overnight, and then let it air dry before you use it as a towel. The trick is to emulate washing it so it becomes softer.

Nevertheless, don’t use a fabric softener as it could actually decrease the absorbency of your Turkish towel. In fact, many experts recommend staying away from fabric softeners altogether when you’re washing any type of towel. That’s because fabric softeners are made from silicone oil, which often latches onto the towel fabric. The thin coat of the oil makes the towel feel soft and smooth, but over time, the coat would accumulate until it prevents your towel from absorbing water. (Source: Family Handyman)

There are several different types of Turkish towels. Here they are. 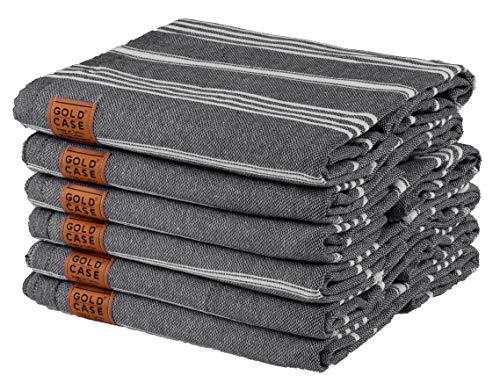 Cotton Turkish towels are perhaps the most common type you’ll see. Turkish cotton is what makes this towel extremely durable, so it’s also the best choice. 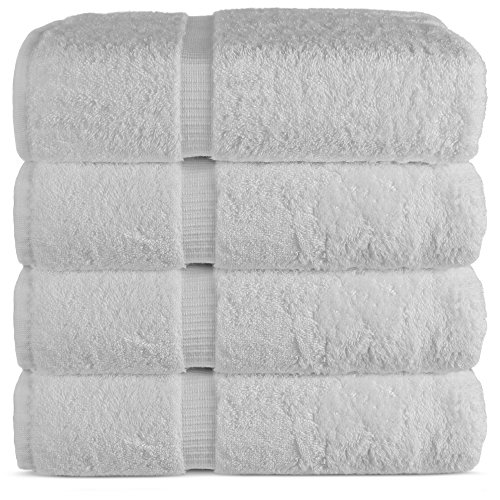 Turkish towels have become so popular around the world that you can find factories in China and other parts of the world. However, genuine Turkish towels are made from Turkey. 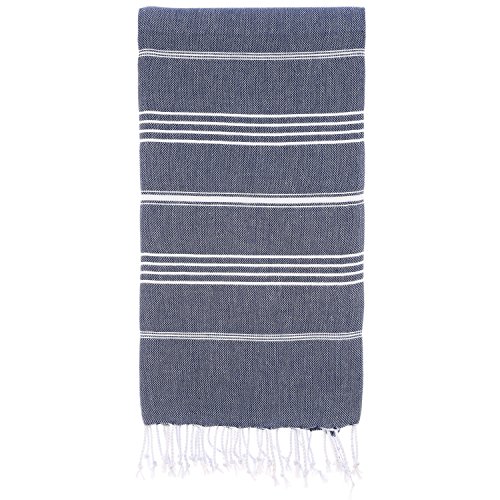 Pestemal Turkish towels can be used as an alternative to shawls and scarves. They tend to have the fringe and come in a variety of designs. Of course, it is made from Turkish cotton, making it as durable as possible. 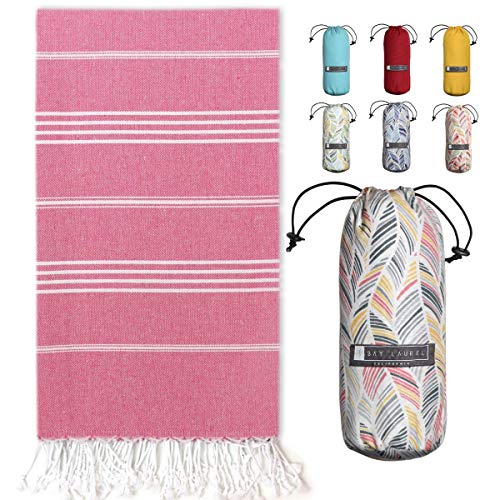 While most Turkish towels can be used on the beach as well, you can find larger ones that won’t only be useful for drying, they can also be used to shield you from sand, use them as coverups or sarongs, or as picnic cloths where you can lay and rest. They’re also perfect for photoshoots, so it’s definitely a popular choice. 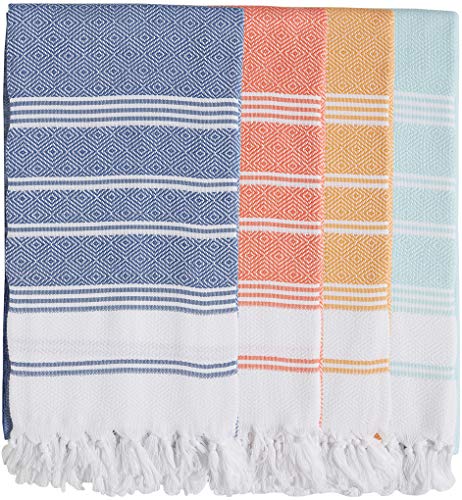 As the name suggests, this specific type of Turkish towel has prominent diamond weaving, making it exceptionally beautiful. Besides the elegance of diamond weaves, it’s also durable and keeps the towel from fraying easily. 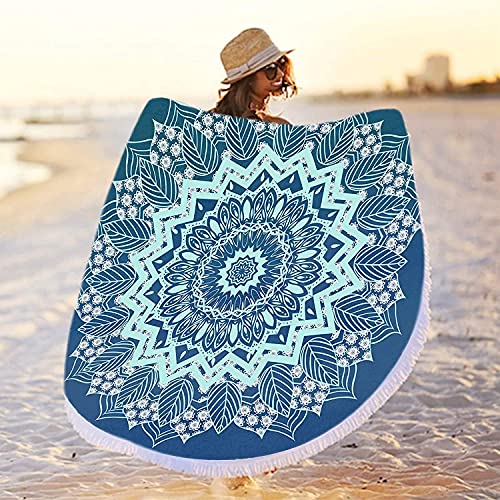 Most Turkish towels are rectangular in shape as they traditionally were. But if you’d rather choose a round one for picnics, you can find plenty of them online, such as Amazon. They also come in a variety of sizes and designs. 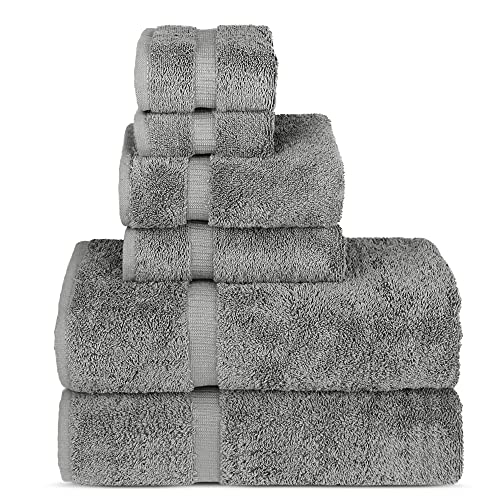 If you’re looking specifically for linen towels, there are also Turkish linen towels that have the same absorbency as fringed, cotton ones. However, they do tend to be a little bulkier than traditional Turkish towels. 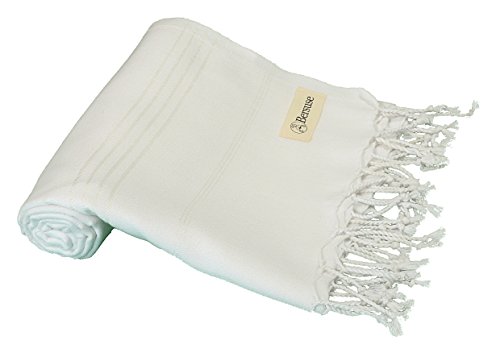 How does Turkish cotton differ from other fibers?

Turkish cotton is a premium fiber best known for its long fibers, thus making it more durable compared to other fibers. It is also exclusively grown in the Aegean region. When it comes to similarities, it is closer to the Egyptian cotton wherein it becomes more comfortable and softer when used over time and both have great absorbency. Nevertheless, Egyptian cotton tends to take time to dry due to its absorbency, whereas Turkish cotton has a great balance between absorbing water and quick drying. (Source: Turkish Towel Company)

Where can you use Turkish towels?

Turkish towels are one of the most versatile towels you can have. It can be used as a:

How much are Turkish towels?

Depending on the quality, the size, design, and the origin of the Turkish towel, you could get something for around $11 to sets of six or four or more for $40 to $50. Basically, these are rather affordable, especially as you can use them for a lot of things and for a long time.

Can you use a washing machine to clean Turkish towels?

You may use a washer when cleaning dirty Turkish towels, but as mentioned, you don’t necessarily need fabric conditioners or stronger chemicals like bleach. It’s also best to clean them with a gentle machine and avoid cleaning them with other clothing materials, especially those with zippers. The fringe could get entangled with them.

When it comes to drying, it’s best to hang it and let it air dry. But if you want to speed up the process with a dryer, make sure you use a lower heat.